As the summer months come to a close, the Chinese steel market has heated up, and so has the market in the USA.  Scrap prices are up in August in the USA and Iron Ore demand is increasing in China.  I don’t believe either are sustainable rallies.  This article details the reasons why China’s rally may not hold.

“After spending the spring fretting over the effect on metals prices of China’s debt crackdown, investors in copper and iron ore are now in full party mode. Reports of capacity cuts and planned curbs on scrap imports by the world’s largest metals consumer have driven copper prices up 7% and iron-ore prices up more than 20% since the end of June.

But July trade data, out today, contained some dispiriting news: year-over-year growth in Chinese imports of copper concentrate slowed from June’s pace, while imports of iron ore and coal declined outright compared with both a month and a year earlier. Overall import and export growth also slowed, hinting that the lift to China from rebounding global trade may be close to its peak.

The message for exuberant traders wowed by better-than-expected second-quarter Chinese growth and breathless analyst reports: Beware—China’s demand for metals is weaker than it looked.

The Chinese real-estate sector—the single biggest source of metals demand—remains in decent shape, but the outlook for infrastructure is worrying. The bulk of growth in investment is coming from water- and environment-related projects, less metals-intensive than their power, road and railway counterparts. Investment growth has stalled in the electric-power and information-technology sectors, the most important infrastructure sectors for copper. June investment was up just 4% from a year earlier, compared with a pace of better than 20% in mid-2016. 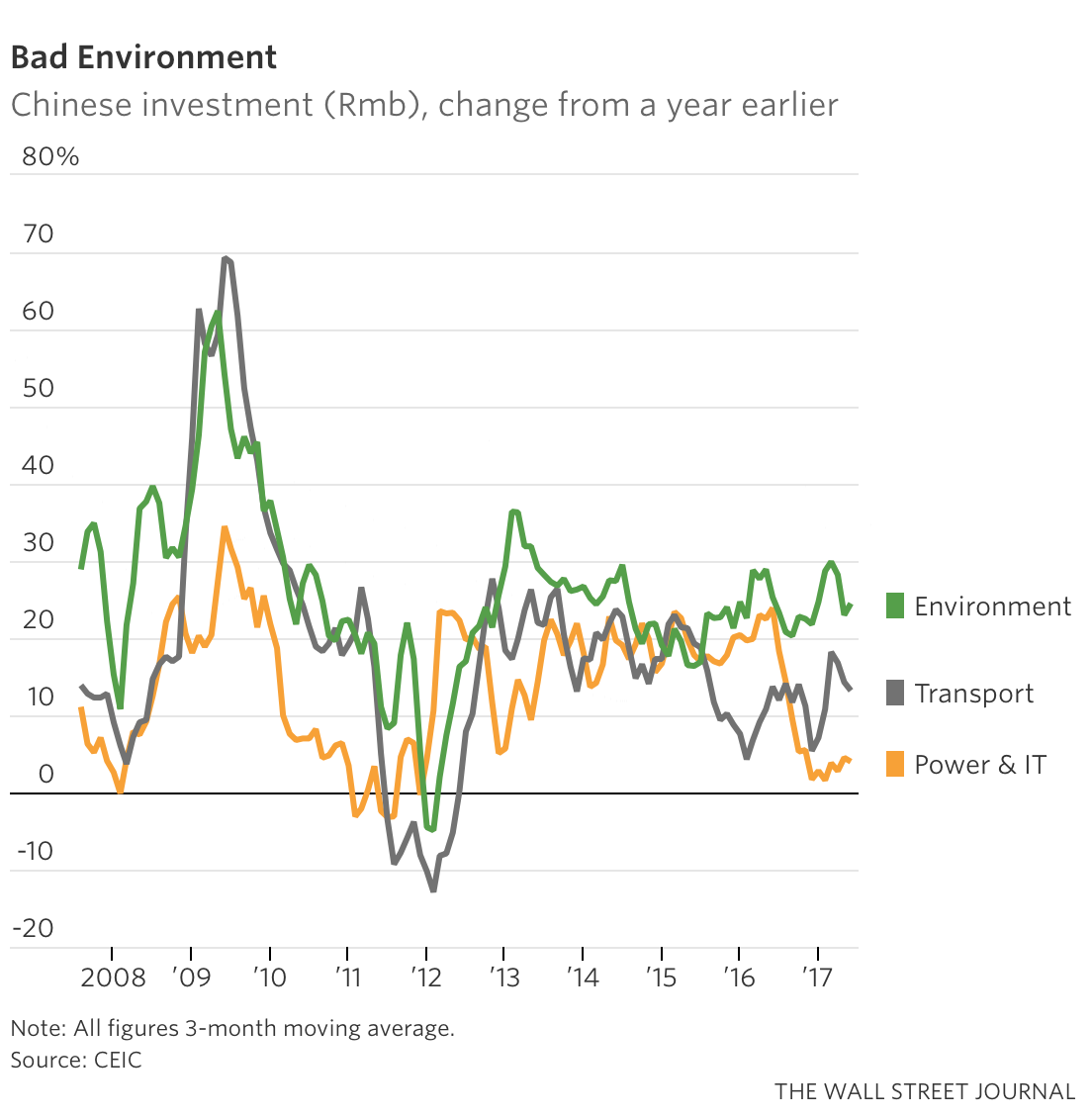 Chinese steel-capacity cuts, while real, are unlikely to be sufficient to sustain a strong rally without help from solidly growing demand. Overcapacity remains severe: Margins have rebounded, but only to half the level of the early 2000s. Nonferrous-metals margins show a similar pattern.

The determining factor for metal prices now isn’t capacity cuts, but real estate. A significant fall in housing inventory in China’s interior, after years of overbuilding, is giving property developers and steel demand a big shot in the arm.

If this month’s housing data show prices in China’s interior still moving higher, the metals rally can continue. If not, those red flags—weak power-sector investment and slowing trade numbers—may cast a shadow over commodity-investor exuberance.